I’ve been blessed with the opportunity to spend the past two Christmas seasons at a top-rated island resort in the Maldives, in a sort of workaway situation provided by a close friend who has a higher-level position in the company. This season, I have come to learn about some of the dark inner workings of this place, which I find disturbing and feel compelled to put into writing here. I don’t dare to name the resort or any of the sources of this information for fear of any repercussions that might befall my friend here, but it really doesn’t matter, because this particular one has a reputation, which it loves to emphasize, of being an ethical leader in the industry, so one could assume that all the others are similar or worse. 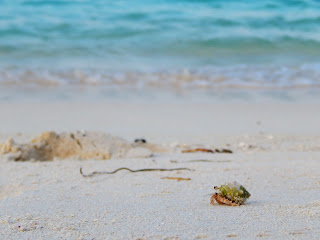 The most central of my concerns is the quantity and quality of outsourced labor present in the resort. It is common practice in South/Southeast Asia, the Arabian Gulf, and other parts of the world to bring in cheap labor from impoverished countries, who are supplied by employment agencies that often, notoriously (https://www.amnesty.org/en/latest/news/2017/06/nepal-unscrupulous-recruiters-given-free-rein-to-exploit-migrants/), entrap their workers in exploitative situations, essentially forcing them into indentured servitude. They are coaxed into these bad deals by desperate financial situations at home and promises of a salary higher than they could ever earn otherwise, but trapped by exuberant interest accruing on the loans that covered their visa fees and international travel. They often return home at the end of their contract with little savings to show for their years of work. A common method of preventing people in these situations from escaping is to hold the workers’ passports somewhere that they can’t go, so that they are unable to leave the country where they’re working until the terms of their contracts are complete. The fact that there are Nepali workers in this situation here came up in a conversation I had the other day with an HR manager, who explained to me that this can’t be held against the resort since they are technically not employed by the resort, but by their third-party agency. Very convincing. I had a chat later with some of the Nepalis, and they told me that their passports are in the capitol island of Male, far away from here, that some of them would quit and go home straight away if they had the chance. 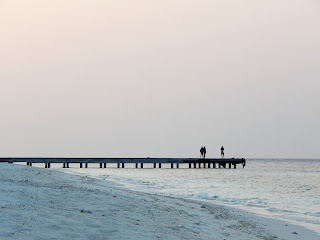 Another manifestation of exploitative labor present here is the many “casual” (read: without the protection of an employment contract) workers, largely from Bangladesh, who are not provided work visas by the resort and, therefore, are working and residing illegally. They sleep in dismal 16-person dorms which are little more than shacks in their construction, and they’re not allowed to eat with the other staff. They can never go home, out of fear that they will be barred re-entry into this country and lose a precious work opportunity that isn’t available in their own. The resort’s obvious response to any criticism about this is that if they don’t like it they’re free to go whenever they please, since they aren’t contracted.

Beyond these looming problems, which I have witnessed, are the rumors from other staff, such as Jewish guests having been served non-kosher food with kosher labels, hiding evidence that they purchase meats from slaughterhouses that don’t meet their advertised ethical standards, and selling resort properties to more than one owner since they’ll probably never be here at the same time. 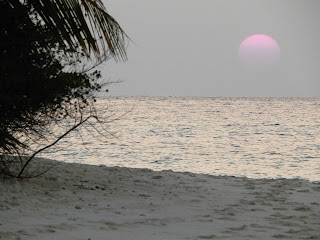 The clientele here are truly the global elite, well-known Hollywood actors, world-famous musicians, London real-estate tycoons, CEOs of major corporations – the type of people who would probably be terribly embarrassed to associate with a resort using such labor practices. Or maybe they just wouldn’t care. The resort isn’t solely accountable for these issues, as these workers are provoked into coming here by the lack of opportunities in their own countries, as the exploitation of poor workers is certainly not limited to the hospitality industry, and as the Maldivian government must know that this is happening since their country is half occupied by such resorts employing foreign labor but does nothing about it. However, with an average per-night charge of around $6000 (seriously), food not included, this resort undoubtedly has the means to uphold their self-mandated ethical standards by employing people in better situations, and I can’t help but conclude that they choose to participate in these practices purely out of greed. This is enough to keep me from returning next year and, someday, may be their downfall if someone like me comes along who is in a position to openly expose them.
Posted by Fate's Clay at 1/04/2018 07:22:00 PM No comments:

I tend to be skeptical of foreigner-run projects like this, as I have seen many of them miss their mark (or not have much of a mark to begin with), but this one passes muster. From the organizer:

...all the projects are actually owned, built and maintained by communities. We are only facilitators in the ideas spreading and design process as well as helping with the construction process. Parkmandu is not driven by donations but is completely owned by local communities who find the resources needed for the creation of the parks. They find the land, the government approval, and the budget.

Kathmandu could certainly use more parks, although some of those that already exist are lovely, like Ratna Park and Godavari.

Hello again, dear readers. Here is the latest installment of my dabbles in photography. This time the pictures are from some of the other countries that I've been fortunate enough to visit in the past year. The organization is by country and/or chronological, take your pick.
Posted by Fate's Clay at 2/02/2017 10:02:00 PM No comments:

Other Blogs of Interest